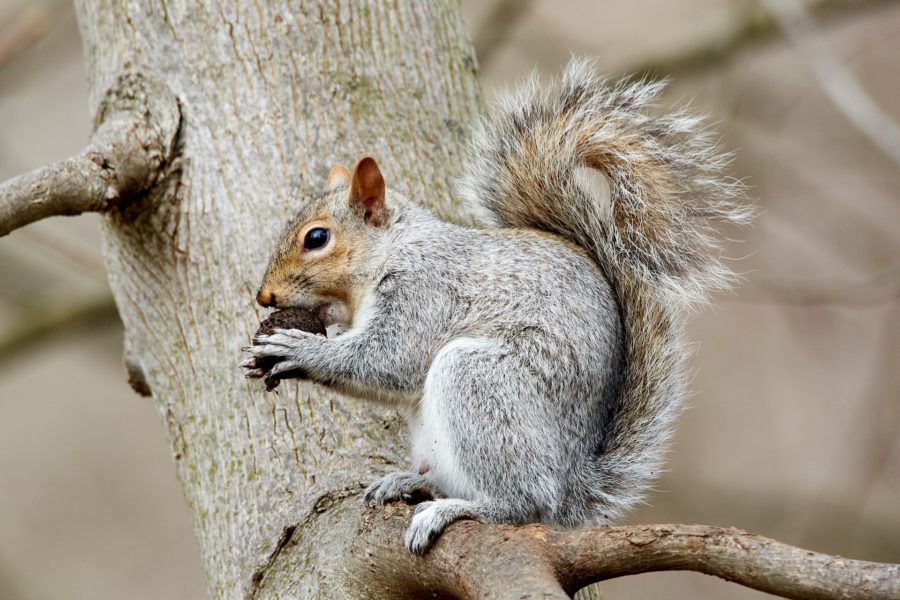 Fans of furry wilderness friends will quickly fall in love with the wide range of critters roaming around Shasta Lake this time of year.  Located in Northern California, Shasta Lake is a welcome destination for many tourists looking to enjoy the outdoors. While many folks come for the recreational water sports that the lake has to offer, many also flock to the outdoor oasis to experience nature for all its worth, wildlife included.

Let’s explore some of the various critters bounding about the Shasta Lake area.

Also known as “Wapiti” in the area, the elk are majestic to look upon. Standing close to five feet tall and a whopping 500+ pounds, these elk are a sight to behold. The Wapiti were hunted to extinction in the area in the late 1800s thanks to hunters arriving during the California Gold Rush. Thankfully, in the early 1900s, a small group of elk were reintroduced to the region. They have been living there ever since.

A Whole Host of Squirrels

Squirrel! If you’re a fan of shouting and pointing at these tiny critters every time you see one, you’ll be doing quite a lot around these parts. There are several different species roaming about Shasta Lake and you may have to look closely to spot the differences,

The Western Gray Squirrel will be your best bet to see often as this treehopper tends to be most active during daylight hours. They’re notorious for getting into bird feeders, and taking food from our flying friends, but it’s so fun to see their bushy tails as they scurry around that it’s hard to ever be too annoyed with these little guys.

Speaking of flying, the Northern Flying Squirrel also calls this territory home. The Northern Flying is harder to spot as it tends to come out only at night unless it is disturbed during sunny hours. Despite the name, this squirrel cannot actually fly. Instead, it will glide from tree to tree utilizing loose flaps of skin to do so. If you’re lucky enough to catch one in action, be sure to take a video!

The third squirrel in these parts is the Douglas Squirrel or “Chickaree”. The Chickaree is known for making enemies as it is incredibly noisy. You may find clues to their whereabouts by looking for the piles of seeds, nuts, eggs, and fungi they collect.

Finally, the Golden Mantled Ground Squirrel will most likely be prancing about. Not to be confused with a chipmunk, which they do tend to look very similar to, this squirrel is much larger than a chipmunk and is missing the patented white and brown stripes. However, like chipmunks, they make sport out of stealing food from campsites and have even been known to run off with utensils,  small cups, and plates.

Who doesn’t love seeing a cute otter out and about? The River Otter of Shasta Lake is known for being playful and an incredibly social being. They tend to stick to eating fish, mussels, frogs, and crawdads. They can be seen both day and night. If you’re looking for where they reside, scope out dens that other animals have created. The otter will take up residence in existing burrows and cavities made by other wildlife.

You know you’ve made it to peak mammal wilderness in North America when mountain lions are roaming about. Here is where caution is highly recommended as mountain lions can be extremely dangerous. While they mostly stick to hunting deer and other wildlife, attacks on humans do happen. Be sure to stay vigilant. If you do find yourself eye-to-eye with this dangerous predator be sure to get big, wave your arms slowly, and start speaking extremely loudly.

If they aren’t hibernating or generally avoiding humans—they tend to shy away from the spotlight—you might see a black bear or two. Black bears are nocturnal though, so you won’t find them sunning on a beach. While black bears are omnivorous, they tend to stick to eating grass, berries, flowers, nuts, insects, and honey (of course). They’re also known to fish when looking for something fresh. In the wild, black bears will reach their maximum size at age five and tend to live 15-20 years.

No matter what time of year, or even what time of day you’re visiting the lands of Shasta Lake you’re bound to run into some extraordinary wildlife. Be sure to be prepared, have some binoculars, a good camera, and a sense of adventure with you!